2020, mural proposal for the exterior rear wall of Lost Shoe Brewing and Roasting Co. by Melissa Stratton Pandina
Looking for a muralist? Contact these folks:

Our work advocating for a mural ordinance in the City of Marlborough:

2022 updates:
​
View full article: Here
Stay tuned for the Marlborough Makers response to the removal of public art in our community.
2021 Murals: cont.
Thank you so much to those of you that took a moment to contact the city council in support of a proposed sign ordinance change allowing for murals in the city of Marlborough!!! Based on just those who forwarded their letters of support back to this address, it is safe to estimate that there was a WAVE of support sent to our local government on this initiative.

To watch the meeting about the ordinance it can be seen at WMCT-TV Marlborough: Urban Affairs Committee-2-18-21
Perlman's Mural Proposal begins at 49 minutes:
http://71.126.253.64/CablecastPublicSite/show/2870?channel=3

In the future to access City Council and Sub Committee meetings:
1. Go to https://www.wmct-tv.com/programs
2. Click on: Video on Demand & Live Stream Here

Overview:
Ways to stay involved:
2021 Murals: Part I
Hey residents!
We have been working hard behind the scenes to help drum up support for public art that will serve to beautify our city and employ local artists and youth. So many of you have lent a hand in some form or another and we are hoping you could send 1 email of support to our City Council to help us move this initiative across the finish line! Please share with neighbors and friends.

The proposed mural ordinance is up for discussion at the City Council Urban Affairs meeting on Monday, February 1st at 7 PM.
Are you able to write to the City Council in support of this ordinance by emailing a letter to the Council at citycouncil@marlborough-ma.gov by Monday evening?

The ordinance will do the following:
1. Adjust the sign ordinance so that a mural is not a sign and define what a mural is
2. Establish a Public Art Commission in the city as the review body

Feel free to copy and paste the template below to email directly to the City Council:

I am writing in support of Order No.20-1008100: That the City Council consider the feasibility of adopting a process whereby murals V1.11l be allowed in the city as a means to further the cultural and artistic value of the city's downtown district as submitted by Councilor Perlman.

INCLUDE ONE LINE about why you feel murals / a public art commission would benefit our community. Talking points can include:

1. Murals promote a sense of identity, belonging, attachment and welcoming, that strengthen a community’s identification to a place.
2. Public Art is an inexpensive method of community revitalization that promotes footraffic, tourism and signals a sense of safety for residents in public spaces.
3. Murals break down invisible socio-economic barriers between neighborhoods by promoting accessible arts and culture for all.
4. Increased foot traffic keeps revenue local
5. Beautification builds pride and social value in the community
6. Establishes Marlborough even more as a destination to visit
7. Well timed with commitments to revitalizing downtown and Lincoln Street as well as the new library
8. Invites opportunities for community partnerships
9. Creates opportunities for youth development and civic participation 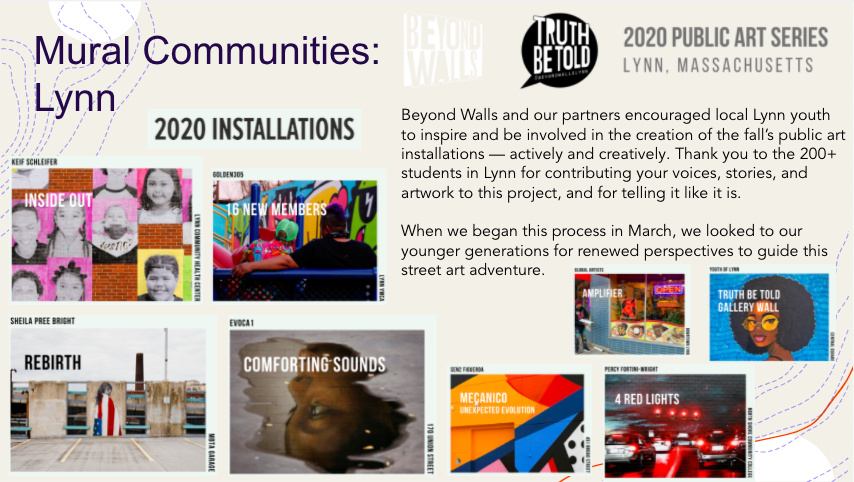 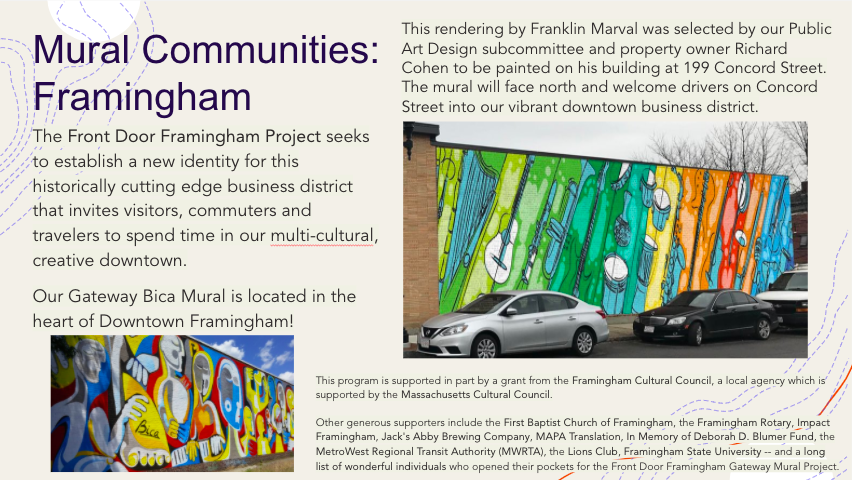 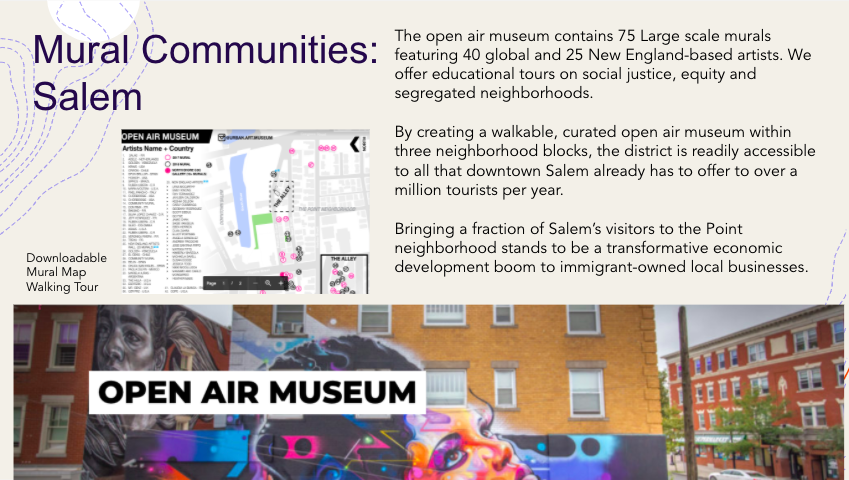 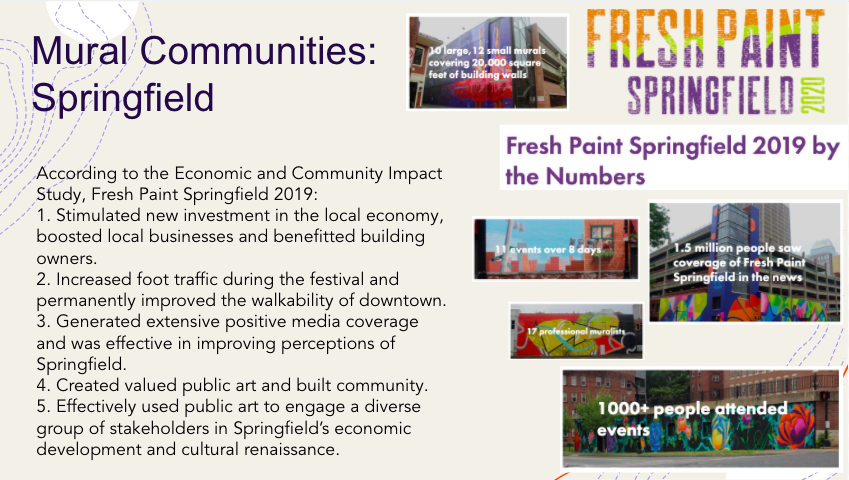